The Wisdom of the Trees may be one of the most important tools for anyone to regain their sensitivities to communicating with trees.  Trees have always been our brethren and confidant through our existence on earth up until modern history when western ways were introduced.

As a matter of fact, western teachings could not be ingrained in humanity until the deep connection with trees was severed.  The first modern genocide was to kill all those with the sensitivities to learn and communicate with trees.  The crusades were the means for killing out the connection between humans and nature.  Anyone who had these special gifts was demonized and tortured as a heretic or pagan.

This dark history and the fear that is entrenched in our Akashic records of being tortured again and again for our subtle communications with trees still plays out in subtle ways.  When one is called a tree hugger, they are reliving a very subtle hint of the demonizing that occurred centuries ago when they could be violently killed for communicating with the spirits of the trees.

But the trees have never rejected us.  We have been forced to disconnect from their incredible tutelage as a means of survival. Their love and communion with us have never wavered.  They have never given up on us as kindred souls.  The trees around your home consider themselves as your family.  They nurture and contribute to the household more love, protection and healing than ever thought possible.

The dark ages never ended.  Man just became more savvy in his ignorance.  We can end the dark ages and ignite mass enlightenment through reconstituting our deep relationship with trees and the subtle energies that they engage with.  The Wisdom of the Trees is a means to teach the reader how to reconnect with trees as equals and in doing so, awaken the magic of the forest and nature that is merely now depicted in children’s books. 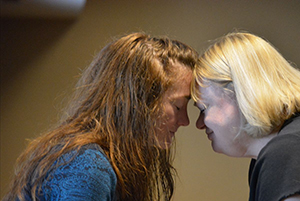